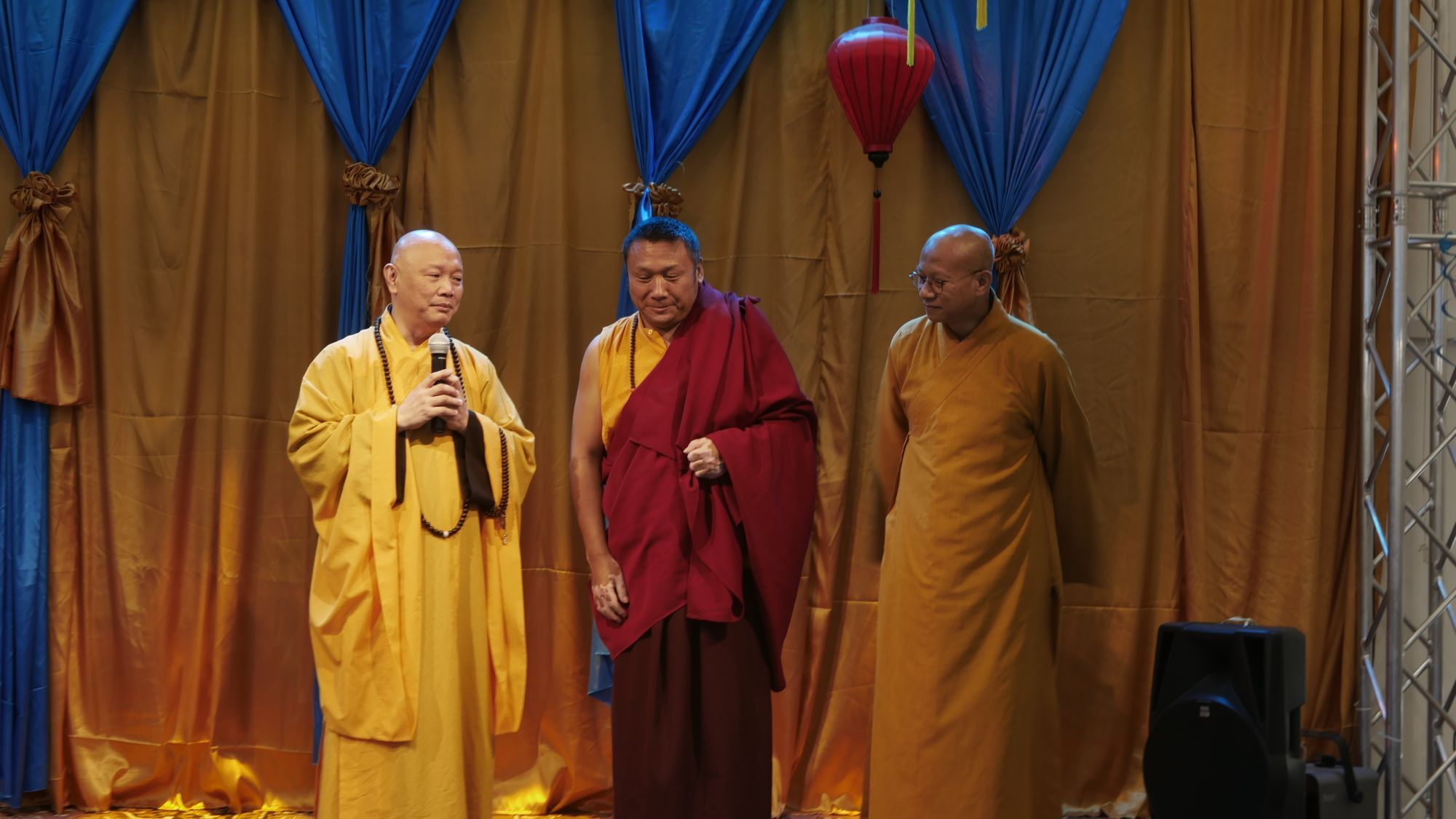 The Food Festival was held very successfully. Only 40 dishes were expected, but the final number reached 80. More than 200 people attended the culinary day, including many foreign guests. The Masters joked that they didn’t know where to start because there was too much food! It is true, this is really too much, because everyday, Buddhist monks just eat very simple and little, with vegetables and tofu. That's all. Most of monk don't even have dinner or breakfast. At the event, we also collect to donation to support the Vietnamese people in the Central Vietnam that suffer the consequence of the flood last month. Nearly 1000 EUR has been donated, and Ven. Thich Hanh Bao, abbot of Lien Tam Buddhist Temple will bring these support to this area in his next Asia Dharma Teaching Trip.

Programs like these are meaningful, which create a day to connect with the community, encourage people to eat vegetarian food and introduce Vietnamese cuisine to the world. We deeply appreciate the Buddhists who spent their time to cook such wonderful dishes. There was one thing missing. Perhaps, next time we shall take a picture of each dish with its creator and give the dish a name!

Earlier, at the hall there was a special lecture in English from a Tibetan monk, Venerable Tulku Dakpa Rinpoche. There was also Vietnamese translation of the speech. The whole hall was packed with people, some of whom had to sit in the hallway.

The main point of the lecture was about transforming one’s consciousness by mindfulness practice. In our daily life, we interact with many people, and some of them causes us suffering. But we should learn how to transform our negative emotions. When we feel sorrow, the easiest way is to isolate the cause of that sorrow. A wiser approach is to train one’s consciousness to be calmer and more stable, rather than running away. The next thing to do is to look deeply into the cause of sorrow, attain the right view, and transform disturbing emotions into Bodhi. Taking a poison plant as an example. The simplest way is to avoid it, a better way is to touch it with protection gear, and the best way is to transform the poison into healing medicine. The Dharma is about transforming your consciousness. That is also the practice motto that Venerable Thich Hanh Tan tries to impart to the practitioners. To practice is to transform the mind, to bring the defiled mind from the world back to the true nature which is Buddha nature.