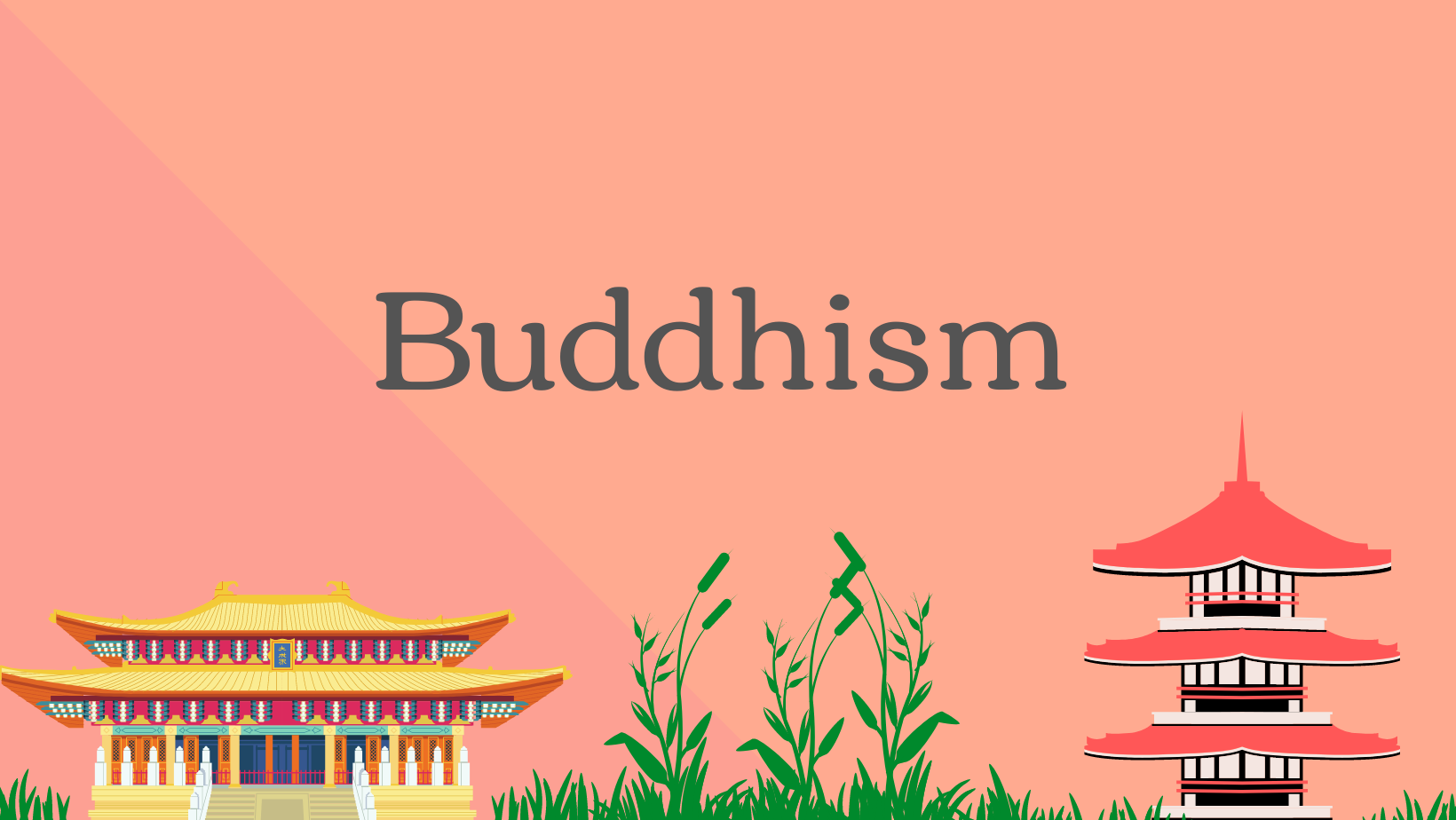 A Buddhist believes in an idea that man can change his life by his own efforts. People must see that suffering is part of life. We suffer because we are constantly striving for something that leads to dissatisfaction with life.

Sangha refers to men and women who walk the path to strive to realize the goal of life by following either arhat or bodhisattva. Usually, a community is made up of two types of members. For the first, religion is just one area of ​​interest among others. For another, it is the main or only point of interest. The commoner followers are called upsaka. The community of monks is called bhiksu-sangha.

Dharma means teaching and practice. Dharma can be taught in different ways. One of the oldest and most popular ways is religious speech. The speech can include  stories and instructions for meditation practice.

Pure land buddhism is based on the belief that there will never be a corrupt world, so the goal is a rebirth on another level called "Pure Land."

The practices and concepts of pure land buddhism can be found in the basic cosmology of Mahāyāna buddhism and form an important part of the Mahāyāna Buddhist tradition of China, Japan, Korea, Tibet and Vietnam. Pure Land schools in East Asia take Amitabha Buddha as the guiding focus in
practices. Amitabha name means "immeasurable light / infinite light."The pure land of the Buddha Amitabha is called Sukhavati, the "land of bliss." After death, it is possible to be reborn in this pure land. In Sukhavat, all desires are fulfilled. There is no suffering or difficulty, only happiness, purity and security.

Zen is a part of Mahayana Buddhism that originated in China during the Tang Dynasty. The word "Zen" means "meditation." Zen is = a state of mind that extends to all functions. Doing work, eating, sleeping, walking, standing - all are zen practises.

Zen Buddhism has had a long and varied history in many different far Eastern cultures. Vietnamese zen has been most influenced by the Theravada tradition. It strives to be gentle in its expression and method, emphasizing purity and diligence, and combining Zen with one of Theravada’s teachings and methods. Theravāda teaches vibhajjavāda, or “teaching of separation,” according to which understanding is expected to come from the experience, critical examination, and reasoning of the follower instead of blind faith. Theravāda understands that the root of existence and suffering is thirst, which brings e.g. anger, evil will, alienation, greed, envy, deceit, fear, sensual desire, obsession, passion, irritation. These are harmful to yourself and others.

Dharma: dharma means teaching and practice. Buddhists use all the dharma to cover what the Buddha taught

Sangha: a spiritual community formed by people who follow dharma

Karma: The law of cause and effect - everyone’s actions have consequences that affect a person’s future

Sutra: The term sutra refers to a specific piece of canonical literature

Enlightenment as Nirvana: it is a state of complete bliss